More to Know of COE: A Member’s Journey through V4, V5 and 3DEXPERIENCE 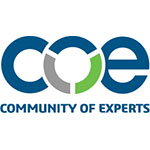 After completing my bachelor’s degree from Ecole Polytechinque de Montreal, I returned to Italy to work in the automotive field as an engineer. This first post-graduation employment didn’t really suit my interests and I decided to return to Montreal in order to pursue my studies in mechanical engineering. It was during this time that I was recruited by a company affiliated with Dassault Systèmes (DS) and began working with CATIA V4 and CDM/VPM V4; I quickly became hooked on the whole CAD/PLM world and haven’t looked back since.

Following the training period, my first engagement was in Paris, at Peugeot (PSA); our team was tasked to help with the rollout of VPM V4 as the sole Data Management receptacle of the company; this was back in 1999 and we started receiving some extremely Controlled Availability copies of CATIA V5R2.

After a year of very interesting work at PSA I was approached for a three-month contract for a CAD/PLM project getting underway at Scuderia Ferrari in Italy; being an Italian mechanical engineer, it was unfathomable for me to refuse such an offer and in time that three-month contract morphed into an 11 year adventure that led me to collaborate with the F1 team, the road car division as well as a host of Tier1 suppliers and OEM affiliates all over Europe.

This first chapter of my CAD/PLM career centered on mostly DS products destined to manage CATIA V4 data. With the advent of CATIA V5 and its widespread adoption in the automotive field during the mid-2000s. Much work was available to help OEMs and Tier 1 suppliers make the switch from V4 to V5. New methodologies and related IT developments kept us consultants very occupied. During this period, advances in CAD and PLM software were sustained but evolutionary in nature. CAD and its related PLM management platform were mostly confined to the engineering departments and a plethora of in-house developed interfaces were tasked to make heterogeneous company software “talk” with the CATIA products managed in PLM.

In 2012, I made the jump to the Enovia V6 product from DS (later to become the 3DEXPERIENCE Platform) and here I witnessed the quantum leap that was taking shape in the PLM world. No longer was PLM relegated only to CAD and mockup management, but with every release of 3DEXPERIENCE more and more functionalities were being drawn into the Single Version of the truth centralized database paradigm; CAD, manufacturing, simulation, corporate real-time dashboarding/reporting, multi CAD management and more were all being brought under the same roof. PLM could now reach into all corporate departments and become the de-facto corporate portal for access to latest/greatest and unique product data of all types; this makes a consultant’s work much more stimulating.

Starting in 2014, with Mecanica Solutions, we began a series of 3DEXPERIENCE deployments for EV startups in California which, for someone used to long and stringent big OEMs PLM deployments, has been an eye opener to say the least. These (mostly) west coast EVs shoot from the hip and expect PLM rollouts in weeks instead of months or years. Luckily for us the pre-configured 3DEXPERIENCE environments are highly amenable to these super tight timeframes and we’ve had great successes in a number of such rollouts.

Also of immense help in this fast moving startup world is the fairly small leap required by CATIA V5 designers to make the switch to the CATIA 3DX. Unlike the laborious jump that was made from V4 to V5, it is no exaggeration to say that if you can design in V5, you can design in CATIA 3DX. Modeling methodologies remain mostly the same and the biggest aspect addressed by our trainings (no more than three days for the rapid path to CATIA 3DX migration for mechanical designers) center around the user interactions of saving in the database (instead of a file system) and working with the embedded PLM process readily available to CAD designers on the 3DEXPERIENCE Platform.

So to sum up, crazy times in the DS CAD/PLM landscape with the advent of 3DEXPERIENCE; hectic but thoroughly enjoyable.

Another 20 years of this? Maybe.