In addition to valuable breakout sessions on many education topics, you will have the opportunity attend keynote and general session presentations where you will learn from industry leaders in Dassault Systèmes solutions. 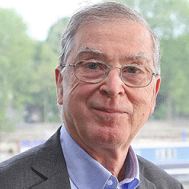 Francis Bernard graduated in 1965 from France’s renowned “Ecole Nationale de l’Aéronautique et de l’Espace” with an MSc in Aerospace Engineering. He joined Dassault Aviation as an aerodynamics engineer and participated in the computer technology revolution, which started during the same period, to form the aircraft manufacturer’s Computer Aided Design & Manufacturing (CAD/CAM) department.

In 1977, he conceived the company’s first 3D design system, called CATIA, a critical technology breakthrough and a business transformation revolutionizing the way to design and manufacture in 3D. En 1981, Francis Berndard cofounded Dassault Systèmes, at this time a subsidiary of Dassault Aviation, with a modest 20-employee workforce. A long-time President of Dassault Systèmes, and under his technical leadership, together with a marketing and distribution alliance with IBM to sell CATIA worldwide to all the industries, the start-up company evolved into a world-class player which became number one in the early 90’s. In 1995 the company was listed on the Nasdaq stock market and in Paris. Its workforce comprised more than 8000 employees in 2006. Francis Bernard retired from Dassault Systèmes in 2006.

Since then he is an Executive Advisor and a Board Director of several software editors. He is also a Board Director of a Capital Ventures company based in Paris, CapHorn Invest, which invests in start-up’s addressing numerical innovations and new usages. 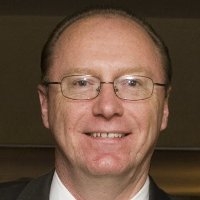 Bob Deragisch started working at Parker Hannifin shortly after attending the University of California at Irvine and Chapman University in Orange, California. During the last 30 years, Bob has held numerous positions throughout the IT and Engineering departments of Parker.

Bob has been supporting Parker’s use of CATIA since he installed version 2 in 1985. Bob was also the original author of numerous engineering applications written specifically for Parker design use, many of which, although hopefully revised and modified since, are still in use today, both within and outside of the CATIA environment.

Currently, Bob is responsible for managing Engineering Services for the Aerospace Group, while also directing eBusiness initiatives for the Group, with an emphasis on collaboration with customers, suppliers, and partners. Included in this direction is deployment of Catia and Enovia Matrix One across the Aerospace Group of Parker Hannifin. 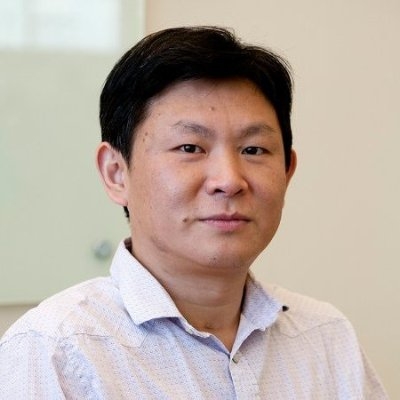 He leads the development a fully integrated rigid container design platform that combines the engineering knowledge, simulation, and decades of manufacturing data to drive next phase improvements in light-weighting, functionality, and production quality.

Prior to this position, Hansong led Engineering Mechanics Group at Saint-Gobain Innovative Materials Division’s Northboro R&D Center from 2011-2015, where he was responsible for mechanical simulation/CAE and mechanical testing functions for North America R&D supporting the development of wide range of industrial products in engineering ceramics, abrasives, engineering plastics, and construction products. 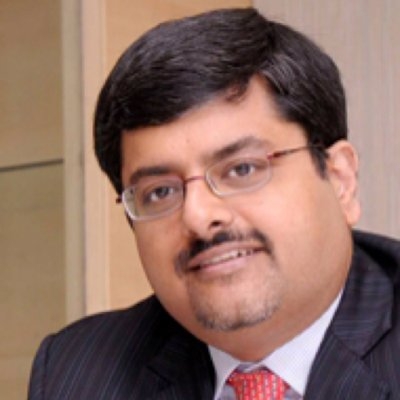 Andy Kalambi is the Vice President of the Dassault Dassault Systèmes 3DEXPERIENCE® platform, a business experience framework for sustainable growth.  The 3DEXPERIENCE platform provides software solutions for every organization – from marketing to sales to engineering – that help companies in their value creation process to create differentiating consumer experiences.

Prior to his recent appointment Andy was CEO of the ENOVIA brand where he led the transformation of ENOVIA into a set of collaborative innovation apps powered by the 3DEXPERIENCE platform. In his 15 years at Dassault Systèmes, Andy has led multiple roles including Managing Director for Dassault Systèmes India/South Asia and General Manager for ENOVIA/Asia Pacific. Prior to Dassault Systèmes, Andy was with SAP and led several initiatives including introduction of SCM applications and setting up of new country operations.

Andy is passionate about sustainability – environmental, social and economic and is involved in programs centered on income inequality and education for the underprivileged. 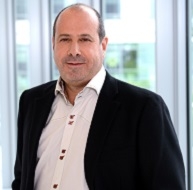 One of the creative forces behind the CATIA brand, Latchague has made wide-ranging contributions to the design and implementation of new methods for organization, operations and customer relations. His work has been a vital component in the Company’s technological breakthroughs.

After working in the IT consulting domain and in the automotive industry as a CAD/CAM specialist, Bruno Latchague joined Dassault Systèmes in 1986 as Manager of CATIA Software Infrastructure. In conjunction with commercial development, Latchague supervised the implementation of CATIA V3 for companies such as Daimler, Honda and IBM. He also launched an expanded portfolio of CATIA applications.

In 1988, as Senior Manager of CATIA Industrialization and Maintenance, he implemented continuous-improvement processes designed to guarantee product quality. In 1990, as Director of CATIA Products Infrastructure, Latchague was made head of CATIA brand development. He consolidated structural and human resources for rapid, sustainable growth just as Dassault Systèmes was launching its first digital mockups (DMUs). He expanded this mission to all Dassault Systèmes products in 1995, when he became Executive Vice President of R&D, Architecture and Modeling Technology. In 1999, Latchague oversaw development of the platform for the launch of the V5 architecture. He persuaded several major companies in the automotive and aviation industries (Chrysler, Daimler, Renault, BMW, Dassault Aviation, Boeing, etc.) to adopt the new Product Lifecycle Management (PLM) solutions.

From 2007 to 2010, he participated in the successful acquisition of IBM PLM, which has allowed Dassault Systèmes to take command of its entire distribution network. He monitored the integration of new teams and took charge of the direct-sales channel (Business Transformation) worldwide, thereby achieving heightened efficiency.

From 2011 to 2014, Bruno Latchague led strategy and operations for the three sales channels of Dassault Systèmes. His mission was to support the development of 3DEXPERIENCE® and help diversify the geographic regions and business sectors of Dassault Systèmes, mainly by fostering cooperation among sales channels, consolidating the Company’s partnership ecosystem and forging closer ties with local markets.

Since 2014, he has also spearheaded Dassault Systèmes development and operations in the Americas, an area primed
for growth. Since 2015, he has headed the Value Solutions and Professional channels —the company’s two indirect sales channels, and has taken the whole responsibility for the worldwide Industry organization in charge of addressing the specific needs of each of the 12 industries served by Dassault Systèmes. 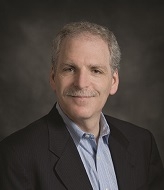 Dr. Steve Levine is Sr. Director of Product Strategy and the Executive Director of the Living Heart Project at Dassault Systèmes SIMULIA. Since 2006, Steve has been responsible for driving the SIMULIA strategy towards its vision of enabling simulation to help harmonize Product, Nature and Life.

Steve began his career at Engelhard Corporation, where he founded and led an applied simulation group in corporate R&D for 5 years. In that time, his work featured in a number of discoveries and new product patents and he received several technical awards, including the highest research achievement award possible.

Steve subsequently joined Biosym Technologies, a biomolecular simulation startup, which grew to become the leading modeling provider for the Pharmaceutical, Chemical, Materials industries, going public as Accelrys Inc. in 2003. Acclerys is now part of Dassault Systèmes creating the foundation for the brand BIOVIA.  During his 15 years at Accelrys, he held a number of positions including Director of Product Development, GM of Materials Informatics, and Sr. Director of Corporate Development.

Steve holds a Ph.D. in Materials Science and Engineering from Rutgers University and has been elected into the American Institute for Medical and Biological Engineering (AIMBE)'s College of Fellows. 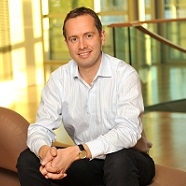 He Graduated from the French engineering school SUPMECA in 1997, as a Mechanical Engineer, he has 14 years experience at Dassault Systèmes having served the company in multiple ways. In 2009, he became the Manager of 3DVIA Store (previously 3DVIA Shopper) which is the 3DS strategic product line to help Brand Manufacturers and Retailers better develop and deploy Shopping Experiences.

Prior to this position, in 2007 and 2008, Philippe developed the joint venture between Dassault Systèmes and the communication Group Publicis aiming at using 3D to co-create products with consumers.

In 2006, he drove the strategic launch of the new 3DVIA brand. From 2004 to 2006, Philippe was trained by Dassault Systèmes’ CEO Bernard Charlès serving as his executive technical assistant. Since he joined the company in 1998, Philippe held several positions, from CATIA and ENOVIA R&D department, to Dassault Systèmes Strategy and Industry Solutions division. He has a strong background in 3D, Collaboration software and Retail market. 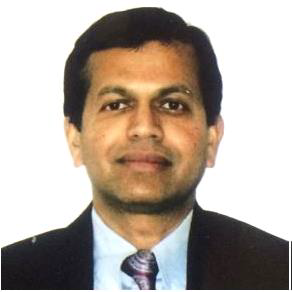 Shashi has been working in the Automotive Industry since 1992 after he graduated (MS in Engineering) from University of Texas at El Paso. He also holds a MBA degree from Michigan State University. He joined Ford Motor Company in 1996.

At Ford Motor Company, he has worked in different functions(CAE, Process Development, Information Management, Digital Verification, Tools/Methods) within Product Development. Currently he is a CAE Integration Supervisor within Digital Innovation Organization. One of his objectives is to implement upfront CAE process/methodologies on Vehicle program development.

Shashi received his Master of Science in Engineering and went on to earn is MBA in Management.

In this position, he is responsible for helping high-tech companies worldwide adapt to fast-paced market trends and deliver innovative electronic experiences for their end-customers by using Dassault Systèmes’ 3DEXPERIENCE platform to transform their business processes.

Prior to joining the High-Tech team, David held positions as a WW Sales Director for ENOVIA where he helped key customers across multiple industries accelerate their engineering processes, directed a key European automotive V6 deployment in France, and managed several deployment services businesses in EMEA.

David has a degree in Computer Science and Entrepreneurship from Northeastern University, and has completed courses in negotiation and leading professional services firms at Harvard University Business School. 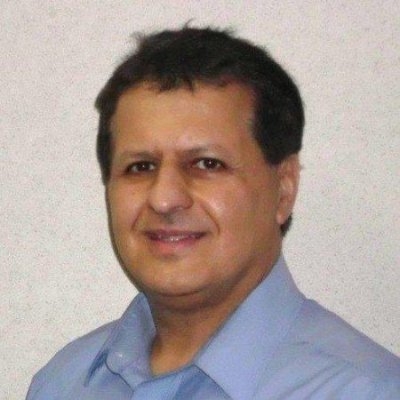 Behrooz has been associated with CAE and Simulation in Vehicle structural design and evaluation for almost 31 years.

At Ford Motor Company, Behrooz had a long standing association with, Body Structures CAE, where he was supervising the evolution of several vehicle programs. He was leading a team responsible for evaluation of Body Stiffness, NVH and Durability attributes.

Since beginning of 2016, Behrooz is the Manager for Upfront CAE, within DI group at Ford, where he plans to leverage heavily on a CAE driven design process.