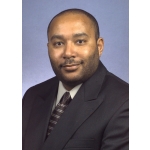 COE spoke with Hank Williams, Technical Manufacturing Lead at Bell, to learn more about the latest innovations in the manufacturing industry and the role COE and Dassault Systèmes have played in breaking new ground.

COE: Can you discuss Bell’s history and the company’s latest innovations in manufacturing?

If you look at our history, we’ve always been a very innovative company. We actually produced the first successful tilt rotor—the XV3. That was back in the 50’s and most people don’t know that. We’ve been in the vertical lift business for a long time.

The Marines came to us back in the 60’s and said that they liked the utility helicopter, but they were interested in a fighter helicopter. Nobody had ever made an attack helicopter; it was all utility and cargo. Six months later, we had a flying prototype, so that just shows how fast we acted back then. We’ve captured that innovative spirit and speed to market our current products. We’re in a very exciting time here.

We’ve been working with the FAA for a number of years on tilt rotor, vertical lift technology. The technology is there. We have a team working on safety regulations with the FAA, while our design and manufacturing team is working on the flying car. Our goal is to be the first company to have a commercially produced flying car that we can sell to consumers. But, the problem is the already crowded skyways. You’ve got commercial aircraft, then you have business jets, then you have helicopters, so we have to negotiate space with the FAA for the cars to fly. It’s like most technology. We’ll have problems at first, but we’ll improve it and we’ll get smarter.

COE: What are some Dassault products that Bell leverages the most?

We don’t currently have 3DEXPERIENCE yet, but we have a team working with the Dassault support systems to eventually make that happen. In a couple of years, we’ll go live with 3DEXPERIENCE 2020x or 21x. Right now, we have 2013x, and we started with 2011x. Most companies, ten years ago, made the leap to product data management. We, for a variety of reasons, were still mainframe based. Our system of record for manufacturing, tooling and engineering was on the mainframe.

Dassault approached us and said they had a product called Enovia that we might have wanted to look at. We, at the time, were going through a business system modernization. We then signed an agreement with Dassault to go with Enovia to get our master data off the mainframe to a modern system. Most companies had made the leap to V5, but we stayed with V4. But, we made the switch to Enovia and implemented SAP. We had some growing pains, but I think most companies that try to take a bite that big usually have problems. This all happened over a three to four-year period. Plus, upgrading to a new system made us more attractive to engineers.

COE: How has Dassault Systèmes facilitated the growth and innovation at Bell?

Our marketing guys identified a market for a large commercial helicopter because oil prices were going down and they needed an aircraft that could go long distances over the ocean and shuttle people and equipment back and forth from the oil rigs. There was a big debate whether or not to use V6 for this project. Eventually, we decided to go for it because V6 has so many more capabilities to handle design projects like this. Now every subsequent product design we’ve done has been on 2011 and eventually 2013x.

COE: When and why did you become involved with COE?

When I joined Bell, I was brought into the engineering division, but I was always a manufacturing guy. I answered a job posting for a CAD data manager. I became a one-man show. Our engineering and IT guys started joining COE, so I eventually went to my boss and I told him that I needed to find out new ways of doing things and what other manufacturing organizations were doing; so, I attended my first COExperience in 1997.

COE: What is the value of COExperience?

COE is a great organization and COExperience is invaluable for people in the industry as far as learning and networking goes. I’m really impressed because many organizations like this don’t last that long. It’s really a needed organization. Even after I retire, I still may go. I still want to help the organization.