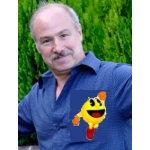 How did COE get started?

Dassault Systèmes first released CATIA to the marketplace in 1982. The initial installations were major aerospace and automotive enterprises. To the best of my recollection it was Grumman, GD, Beech, Lockheed, Rockwell, Sikorsky, IBM, Daimler Benz, BMW and of course Dassault Avion, ( French for  Aviation). Our decision to install CATIA made it an incredibly strategic design tool. We had a critical dependence on CATIA. However, CATIA had bugs and we were not effective in our knowledge of the tool. We were in desperate need of help. Of course, Dassault and IBM provided invaluable assistance, but they did not have a full understanding of how we produced our products, nor did they fully understand the intricacies of our IT installations.  he only solution was for us to band together. Hence COE.

What goals did your management have for COE?

Were their goals met?

It took years, but the collaboration of COE, Dassault and IBM made it a success!

What goals did you have?

I had to establish COE to successfully achieve the following: win Dassault’s trust that we knew what we were saying, that we were competent; get our membership to trust one another and be willing to work together; insure that COE could be relied upon to keep our membership’s production environments operational; and convince Dassault to give serious recognition to our requests to modify CATIA. Since, we the Board of Directors, all had full-time jobs, we did not have the time or expertise to run/manage the infrastructure of this organization. We had to find a management organization that would be qualified for the job. Our sister organization, CUE (CADAM Users’ Exchange) had existed for some time and they had hired The Cassman Group. We decided to hire them also. Their CUE experienced made them perfectly qualified for the job.

What motivated you to take on the job of starting COE?

I was a pioneer in CAD/CAM technology. I worked in Grumman’s Structural Design group in the Contour Development group. In the early 1960s, I teamed with a co-worker, Carl Schoendorfer, to write CAD/CAM applications for the IBM 2250 graphic terminal (note, terminal not workstation.) As a result of our involvement in CAD/CAM technology, Carl and I headed up a team to investigate and eventually bring CADAM (Computer Aided Design And Manufacturing) to Grumman. Grumman was the first CADAM installation outside of Lockheed. As a result of that prestige, Grumman was key to forming CUE. Logically it followed that when CATIA was introduced to the marketplace Dassault approached Grumman management to team with them and IBM to form a CATIA Users’ Group. Management approached me saying that they did not have to time or interest to do this, so they told me to do it.  herefore, I was incredibly motivated to take on the job and by the way, scared out of my mind.

That is a very frank statement. What where your concerns?

When and how did you know it was going to work out just fine?

I was working with key IBM people, Francis Bernard of Dassault Systèmes and Dave Brock of IBM. Once we had a board of directors, surrounded by talent, everything fell into place

At the time you founded COE, where were you working?

I worked for Grumman Aerospace Corporation.

At the time that you founded COE, what airplane were you working on and what can you say about the plane?

I was honored to part of the team to create the F-14 Tomcat. I believe that plane to be the greatest airplane ever built.  To the best of my knowledge, it never lost a fly-off, a drag race for planes. The variable sweep wings were capable of being oriented at 30, 45 60 or 77 degrees. This enabled this plane to be incredibly maneuverable, at 30 degrees, or a true extremely fast jet at 77 degrees.  No flight assignment was too challenging for this plane! For us in Contour Development producing wing contours was a first for us on the F-111 (Grumman teamed with General Dynamics on that one) and then the F-14. But the challenge was awesome! We loved it! We worked 66 to 70 hour weeks. When Grumman built the X-29 Forward Swept Wing airplane for DARPA, the F-14 was the only plane that could achieve a rate of climb to be the wing man for the X-29 test flights. By the way, the test pilot for the F-14 plane number 1 successfully ejected at ‘ground level’.

When I met my future wife, Doris, she told me she would never go out with an engineer, something to do with thermodynamics. Well, I was in luck, I told her I was a mathematician not an engineer. I have 100 credits toward a BMe, a BS in mathematics and a MA in computer sciences. My jobs at Grumman ranged from loftsman, contour development (linesman), software developer, software group heads, APT programmer, founder and manager of the industrial training for GEMS (Grumman Engineering and Manufacturing Systems)

Did DS understand how important Numerical Control way back in the early days?

Absolutely and emphatically yes. None of us would have gotten involved with CATIA if it weren’t for their NC and QA capabilities.

How did David Aber come into COE?

IBM was a critical partner in bringing CATIA to the marketplace. They had immediately recognized the power and importance of CATIA. Many folks did not realize that IBM was the largest CATIA installation, in terms of number of seats, in the world. David had the amazing intellectual prowess in understanding CATIA as an application, its uses, its value, its strengths and its weaknesses. David wore many hats.  He supported the IBM marketing team in understanding CATIA, how to market it, their role to support it. But, he was part of the IBM product development organization. He had a need to make sure that CATIA met the needs of IBM requirement to design and manufacture their products. David’s incredible intellect enabled him to understand the consumers’ way of doing business so he became a very unique and valuable liaison between us and the DS development team.

What impact did David Aber have?

In addition to the response to the previous question, David spoke our language. He was perfectly suited to team with our volunteers to explain and clarify their requirements so that they would be readily understood by DS and have a higher probability of acceptance. He was extremely qualified to negotiate our needs to DS when they were inclining to turn down one of our requests. I would bet his batting average was pretty good.

We spent a majority of our time dealing with ‘sev 1’ (severity 1, issues that brought the production environment to a stop) problems, fixes and work-arounds. There was an enormous amount of time discussing the CADAM-CATIA Bridge. Since we were all originally CADAM installations we needed a bridge to enable us to interface between CADAM and CATIA.Most of our presentations were user success stories, presentations on a new way of doing business and even work-arounds. We actually liked one-another and members would call/communicate with each other between conferences, it is one of the most valuable aspects of COE, and continues to this day. Originally, we had two national conferences, in the spring and fall. For several years we devoting the fall to specific industry vertical (e.g. aerospace, automotive) workshops.We had close ties with RUGs (Regional Users’ Groups) and that worked nicely and many of those organizations continue today.We had reasonable ties to academia. They were quite active.

What were the DS R&D team like to work with in the early days?

They were really great.  We became real friends and we would communicate throughout the year. They were happy, willing and excited to work with us. I still have some very warm friendships with folks that were part of the DS R&D team.