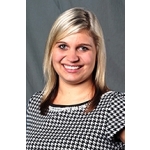 This year’s Top Gun XXIX, a competition hosted by COE where CATIA engineers and designers undertake a design skills challenge, took place on the Dassault Systèmes Cloud, rather than in person at their annual conference. Members competed from their own homes to design a correctly structured three dimensional model as quickly as possible. This year’s first place winners were Roger Joyal of Textron and Steve Roemish of Janicki Industries, both with perfect scores. The second place winner was Eric Neuville and in third place was Ben Lucia of Pierce Manufacturing. We spoke with this year’s winners to hear their insights about their experience, including their thoughts on working in the 3DEXPERIENCE platform and what it was like to complete the challenge on the cloud.

The consensus among the winners was that although the look of 3DEXPERIENCE was different from V5, the functionality was very similar; the biggest difference was in the packaging. As Ben Lucia, who is a V5-6R2015 user, described it, “I felt like a fish out of water for the first 10 minutes, but as I looked closer and started to normalize, most of the tool buttons looked similar – they just had an updated look and feel.”

Despite these similarities, most of the winners reported improvements from V5. For Roger Joyal, this manifested in the form of less clutter around the edges of the screen. “More real estate is free to display your design,” he explained, “and with less clutter, it was actually pretty easy to find the functions needed.” From Eric Neuville’s perspective, the improvements were apparent in the way script is saved to the database. “It’s ready to be shared with everybody,” he said. “I love that.”

But, as Steve Roemish pointed out, the functionality used for competition was limited and the differences between 3DEXPERIENCE and V5 would be a little more apparent if more functionality – for example, assembly activities – were utilized.

The most unique part about this year’s competition was that it took place on the Cloud and competitors worked virtually by designing the structures from their own homes. This twist on the annual competition, which has traditionally been hosted on-site, was overall welcomed by this year’s winners. After all, working on the Cloud allowed individuals like Roemish and Lucia, who were unable to attend this year’s conference, participate notwithstanding. The ability to partake in the challenge was welcomed among these winners, but, as Neuville pointed out, “COE is about sharing experiences and meeting new people. Even if we didn’t talk much during the contest on-site, it was always nice to schedule your spot, check who else is doing it and when, and talk about the modeling challenge with users around you.”

Beyond that, as Joyal pointed out, working from home on the cloud allowed him to test out the 3DEXPERIENCE for several weeks past the competition. “This time helped me to understand what to consider for a future transition,” he explained. “It also piqued my interest how this would work on a large tablet or a touch-screen display on a decent-sized monitor.”